This weekend, we've honored the heroes of 9-11 — some of whom died that day, and some of whom are still alive.

All, of course, will live on in our memories.

First responders and emergency personnel from across the country traveled to New York City and Washington, DC in the wake of the attacks to help with the recovery efforts.  Many of those men and women came from Illinois.

One of those Illinois heroes was John Callahan, the Coroner here in my home of Grundy County, IL.  John was a member of the Disaster Mortuary Operational Response Team who headed out to New York City to aid in the cleanup at the World Trade Center site.

Please read this recent Morris Daily Herald story that details the grim job that faced John when he arrived in New York City, and why his work was so very important.

On this blog, we like to post about Illinois treasurers.  Well, Illinois certainly has one in Jim Cornelison, known for signing the Star Bangled Banner before Chicago Blackhawks games.

Today, we the national remembered the ten-year anniversary of the September 11, 2011 terrorist attacks, Jim sang the National Anthem before the Chicago Bears-Atlanta Falcons game.  Just amazing.

(H/T to Marathon Pundit for pointing us to this video).

Posted by Curt Mercadante at 7:15 PM No comments:

The Ole' Miss at the Illinois/Iowa Border

As a University of Iowa alumnus, I've driven over the Mississippi River at the Illinois/Iowa border countless times — and it's one of my favorite locales on an otherwise flat, non-scenic trip.

Last week, we made the trip out to Iowa City for — what else? — an Iowa Hawkeyes football game, and I stopped across the border to snap a few photos of the Ole' Miss.  It was quite humid and hazy, so forgive the hazy quality of some of these photos below.

At the Iowa game, we also took a ride on the "Hawkeye Express" train from the parking lot on the outskirts of Iowa City to Kinnick Stadium.  There is some Illinois history here: 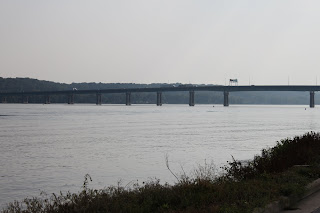 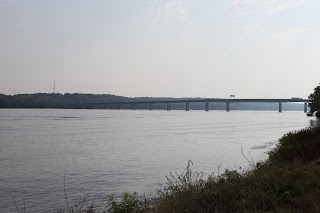 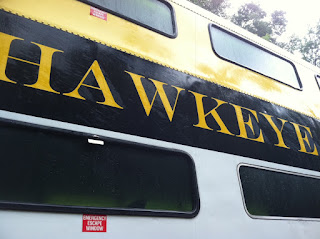 Posted by Curt Mercadante at 9:53 AM No comments:

This Day in 1901: Minor League Baseball Founded in Chicago

Of course, the Prairie State also has a number of minor league teams that are not affiliated with major league ball clubs. They play in what are known as Independent Leagues. They include the Joliet Slammers (my family's team of choice), the Windy City Thunderbolts (in Crestwood, IL), the Lake County Fielders (owned by actor Kevin Costner and located in Zion, IL), the Normal Cornbelters, the Southern Illinois Miners, the Rockford Riverhawks and the Gateway Grizzlies (who play in Sauget, Illinois). Up until last year, Schaumburg was home to the Flyers baseball team, but they are now defunct. It was just announced that the owners of the Gary (IN) Railcats have purchased a 100% stake in what a new yet-to-be-named team that will play in Schaumburg beginning next year.

As I wrote, the Joliet Slammers is my family's minor league team of choice.  It's a great family atmosphere and much more affordable than attending a Major League Baseball game.  The Slammers play in the beautiful Silver Cross Field, located in downtown Joliet, right across from historic Union Station.  Here's a quick photo I shot while entering a Slammers game in July: 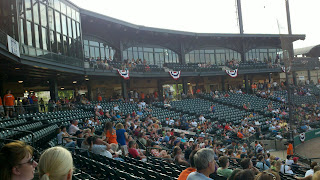 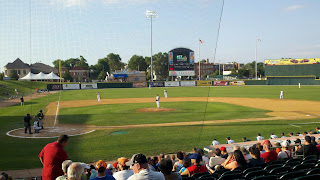 Posted by Curt Mercadante at 6:50 AM No comments:

We've posted previously about the I&M Canal, and we'll have a future post about the location of this week's pic of the week: Lock 8 of the I&M Canal in Channahon, IL:

Posted by Curt Mercadante at 6:42 PM No comments: If you want to have a truly enjoyable day (whether or not you have kids), then you should make the trek up to Union, IL (in McHenry County) to visit the Illinois Railway Museum. 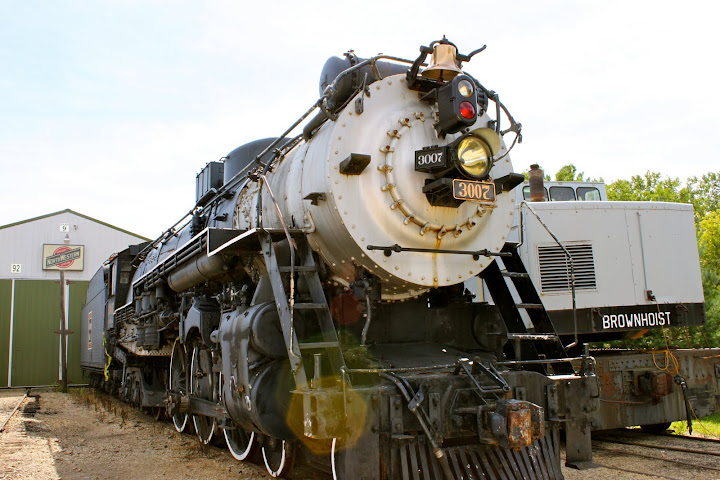 We visited the Museum last weekend as part of their "Day Out With Thomas" event, in which kids could ride "Thomas the Train" and meet characters from the animated TV series. There were thousands of visitors and a carnival-like atmosphere that was extremely fun for kids and parents alike. 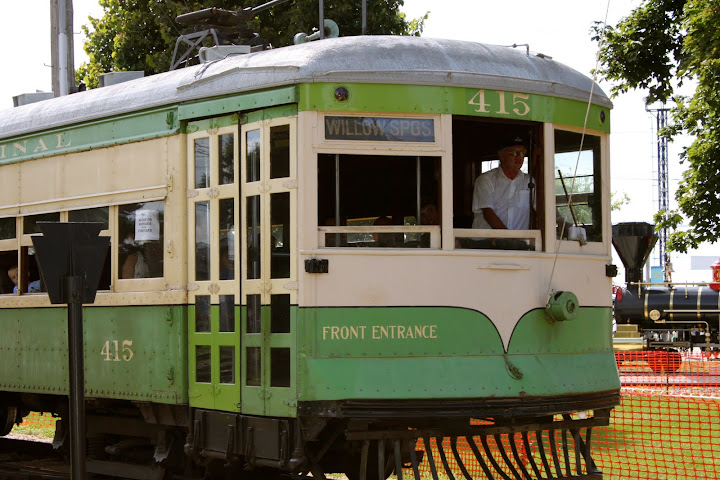 Aside from the Thomas event, however, the Illinois Railway Museum is an absolute gem. It consists of acres upon acres of what they boast is America's largest collection of historic railway equipment — streetcars, interurbans, steam, diesel and electric locomotives, passenger and freight cars.

Depending on the weekend, you can take rides on most of their trains and streetcars throughout the year. They feature the old "interurban" streetcars that used to shuttle passengers between Elgin and Aurora (there even used to be streetcars out here in Grundy County, between Morris and Ottawa.)

I feature a few photos from the museum above, but I invite you to view more photos in the slideshow below:

Posted by Curt Mercadante at 6:34 AM No comments:

On This Day: Infamous 1968 Democratic National Convention Closes in Chicago

On this day (August 29) in 1968, the infamous Democratic National Convention came to a close at the International Amphitheatre in Chicago. It was at this convention that Hubert H. Humphrey (who eventually lost to Richard Nixon) was nominated — but the convention is more remembered for the violent riots on the streets of Chicago.

Here's a quick video that gives a look at the chaos of the 1968 convention:

Posted by Curt Mercadante at 11:21 AM No comments:

This blog was born when an ordinary business trip turned into a sightseeing trip along historic Route 66. Motivated by that experience, the author launched this blog to document his travels and visits to Illinois' historic sites, events and routes.
Learn more about the author.